Thousands of sinkholes have popped up, or more literally, sunken into the area surrounding the Dead Sea. As the lowest point on Earth, the natural sinkhole phenomenon occurring around the Dead Sea is being caused by the lack of water being filtered into the big pond, and the abundance of water being filtered out. Because of the steady and rapid decline of water, about 3 meters per year, what was once a favorite tourist beach spot is now home to surrounding desert animals. 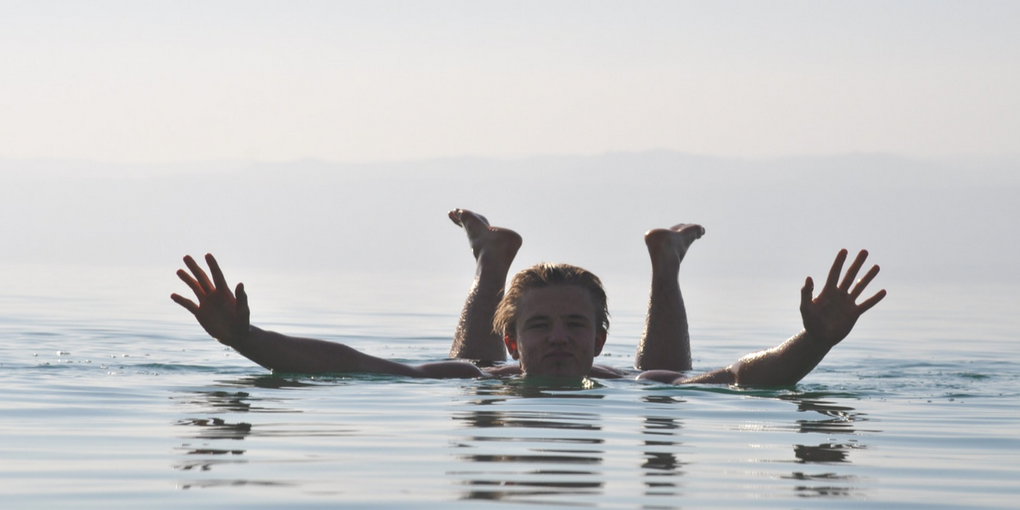 The Dead Sea, an awe-inspiring wonder of the world, is one of the largest tourist attractions in Israel. With the sinkhole uprising, the locals who keep the already deserted place alive are in despair. One beach closing can mean twenty jobs that will not likely be recovered. Locals are left trying to find solutions for the natural crisis and the economic crisis riding on its shores.

Though it’s said it will never fully disappear, there may only be enough water to float on for the next couple decades.  Because of the large success of Israeli desalination, what was once a country in water crisis is now seen as a crisis averted. Government support could help keep the Dead Sea alive, and we hope to see action soon because a little running water can go a long way.

The solution to the dying Dead Sea would be adding a stream of water to the big pond in order to protect it from destroying itself – an unlikely solution as water is a valuable resource for Israel and its surrounding countries. The blame lies on the shores of denial. Though Israeli conservationists are trying to make the most of the situation, without the immediate support of the government to see the bigger picture, the Dead Sea is dying.

Israel has been around for 70 years, yet the hidden gems continue to be uncovered within