Even the buildings waiting for demolition can be useful in the present. An initiative led by Tel Aviv City Council, real estate agencies and artists is taking the dilapidated buildings across Tel Aviv to flip them, if only briefly, into cultural centers. With a construction craze endlessly sweeping through Tel Aviv, there are numerous plots of land and big buildings out of use, and not yet out of sight. 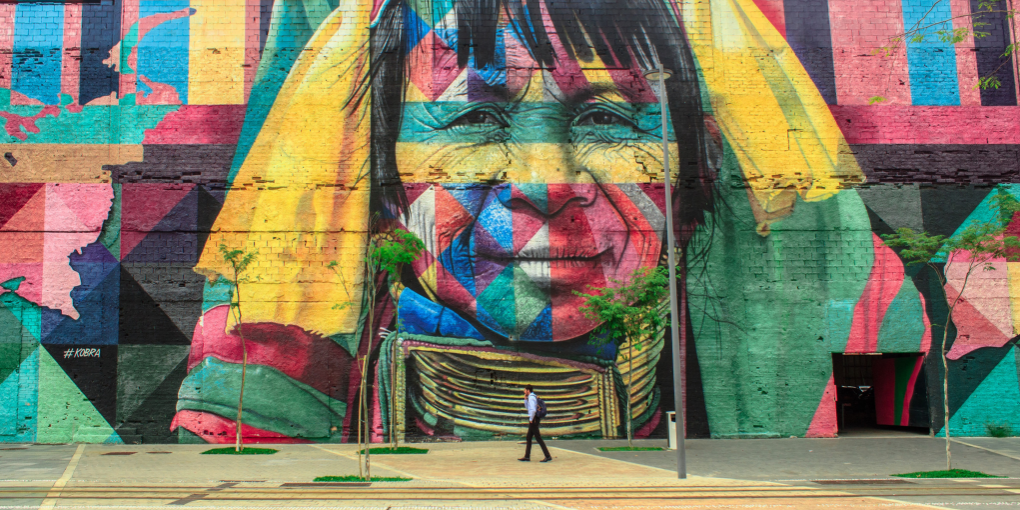 In southern Florentin neighborhood sits an old clothing factory on Salame street set to be torn down in June 2019 and replaced with a new upscale residential complex, solidifying the offset of the gentrification process of the once grungy neighborhood. Before that happens, international and local artists and creatives are being called in to create.

Alfredo Libre Gutierez, also known as Libre, travels the world creating socially conscious art, and was hired by project curator Orit Mizne, to make a meaningful mural on the 5-story building. Libre is working in conjunction with Solomon Souza, the street artist well known for making the Mahane Yehuda market in Jerusalem into an art gallery. The mural is Libre’s largest yet, and consists of an elderly figure, said to be created after a janitor in a school nearby, with a wolf and sheep, biblical symbols of peace.

Libre, having grown up in Tijuana and now living in Mexico City, is known for creating pieces to spotlight migrants and refugees. He places special emphasis on borders, and the friction they can so easily create. His work is intended to notice the local residents, the workers, the often unseen, in hopes of provoking new thoughts and perspectives with whoever views his work.

The project is creating space for beautification despite future destruction, and perhaps, like many street art messages, is bringing attention, or serving as a reminder, to those who are privileged to be building up this city, that the poor still exist.