Women of all backgrounds are intersecting in all the right places, and have chosen to use their voice against the mass deportation of asylum seekers. Hundreds of Eritrean refugees, Israeli citizens, and international residents gathered in a Women’s March Against Deportation in south Tel Aviv on Friday, March 9. The march was a collaboration between a growing number of organizations against the deportation of thousands of Eritrean and Sudanese asylum seekers. In a recent order from the Israeli government, about 6,000 men between the ages of 18 – 60 are in danger of either deportation or indefinite jail time. 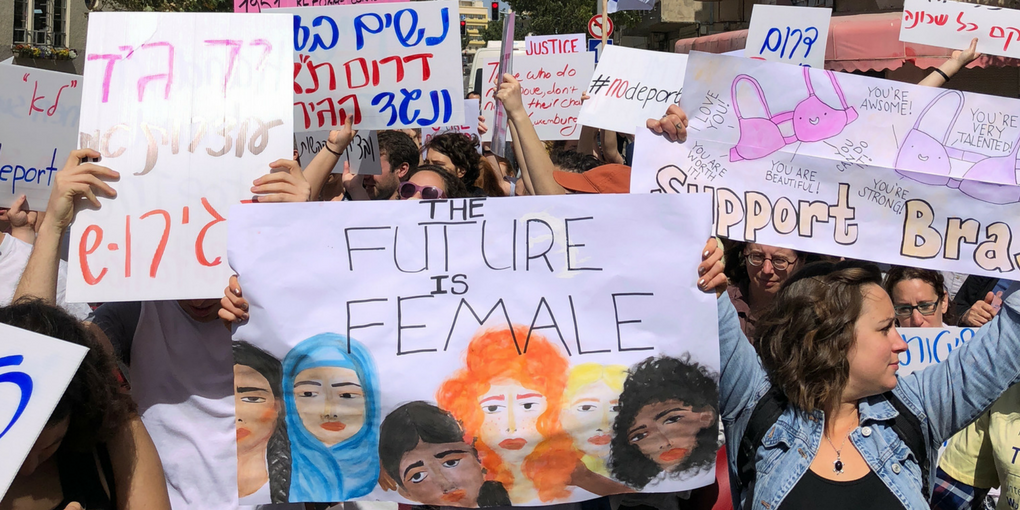 The march, led by women, is part of an ongoing and growing movement of the Israeli community gathering together to protest against the government, and protect human rights. Marches take place every Saturday, though this march specifically was called in honor of International Women’s Day.

In an attempt to be heard and to inspire a change in both policy and heart of the Israeli government, in a peaceful uprising led by organizations like the ARDC, Women’s Eritrean Community Center and the Achoti House for Women, collaborated to create the march. Hundreds of people gathered, instructed to wear white in solidarity and strength for their fathers, brothers, husbands and friends.

There have been many acts of support in honor of the refugees, from art exhibits to conversation circles to crowdfunding campaigns to concerts, all to express resistance to the immoral choice that the Israeli government set into motion on January 1, 2018.

In addition to the events and support groups, Israel’s creative community has taken to the streets to share their true thoughts. One example is Mia Schon, a resident mosaic artist who worked with the women of Kuchinate, a non-profit which supports refugees, to flatter an old Tel Aviv wall on a popular corner of Rothschild and Herzl boulevard with a mosaic lettered with “We were all once refugees” in both Hebrew and English. It’s a powerful statement of international solidarity which displays what many who are living in Israel are feeling – understanding, frustration and hope – to be heard by an Israeli government who should be able to understand, support and relate to the plight of the thousands in need of a safe place to call home.