Every year between January and March, a floral phenomenon unfolds across the southern fields of Israel. Aptly called Darom Adom, or Red South, thousands of red anemone flowers blossom to create beautiful red blankets of nature. The red anemone, called kalanit in Hebrew, is Israel’s National flower, and is celebrated every February with a Darom Adom Festival. Every year, thousands of Israelis travel down south to lavish in the sight of the scarlet scene. 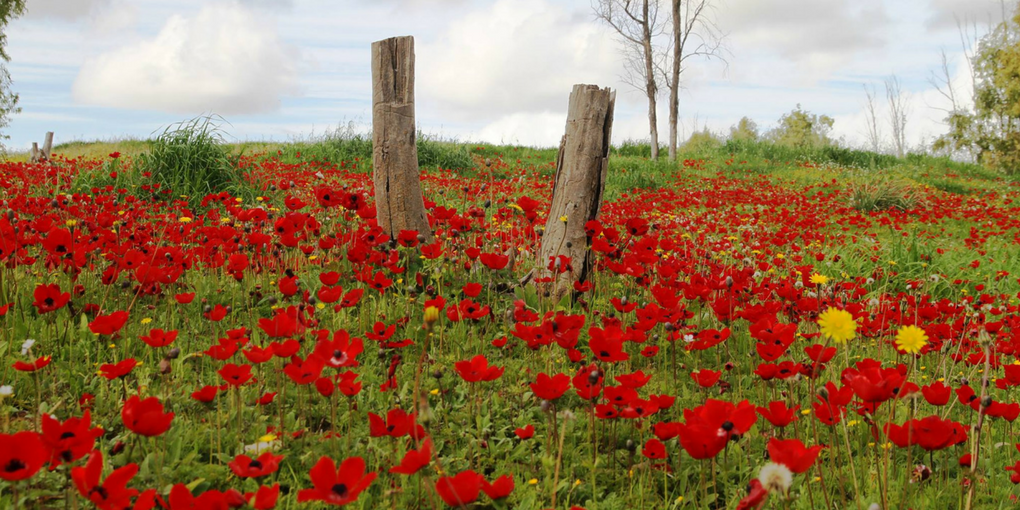 The festival is held for about one month and hosts dozens of activities for flower seekers, from concerts to hikes to artist markets. The festival has been running since 2007, when locals realized how many visitors they would see looking for wildflowers though no one knew where they were.

The flowers blossom just after rainy season, when Israel’s normally dry climate gets hit with rainfall and causes the rise of red flowers. Another exotic flower hits the nature scene around the same time, called the Black Iris. The Black Iris is a rare find and can be seen only in two spots across Israel, in the Gilboa region in the north, or in the Argaman Iris Reserve near a more central Netanya.

While the rainy season in Israel can be dark and gloomy, the exotic displays of beauty is simple proof that rain is worthy of bringing blossoming roots which blanket what was once dry and empty.

‘I can’t really save the Dead Sea. Yeah, I’m not a doctor,
Before March 2020, Israeli tourism was on the rise. As the economy
May all of our readers, donors, and friends who celebrate Passover have
After only a couple of months of a wet winter, Israel’s typically
Bee populations have declined nearly 90% in the past years, and have
Go to Top