In quite a new and unorthodox manner, Israeli designer Hed Mayner has combined the various spectrums of uniforms in Israel’s culture – from the military to the religious Orthodox – into one incredible clothing line for the modern world. Mayner grew up in a small town along the Lebanese border in Northern Israel. He was surrounded by many Orthodox families and soldiers. 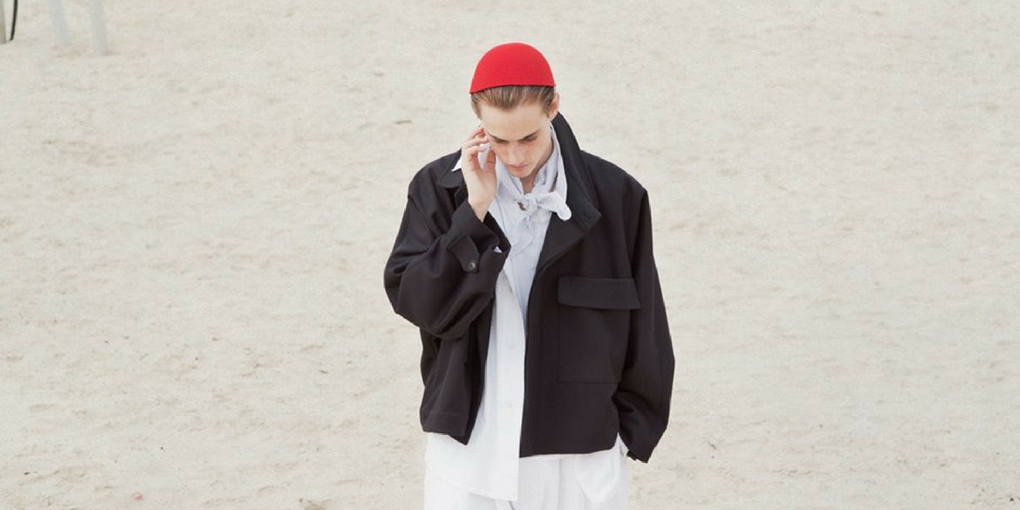 While these two groups have little in common, Mayner was inspired to blend the uniforms into one united and well-designed men’s collection. The 30-year-old designer just showed the collection at Paris Fashion Week, filled with sleek activewear, jackets, pants and tops. The collection touches on the extreme uniforms of Israel with some added international flavor inspired by his kimono-wearing neighbor.

Mayner has been designing since he was 16 years old and currently lives in Tel Aviv, Israel.  Of growing up away from urban life, he was able to take what he saw and create a new type of wardrobe reality, which is growing quickly in popularity in Japan and Europe – though has not yet been sold in Israel.

While uniforms commonly divide people, perhaps the clothing combination will allow and inspire its wearers to combine one day too.

Israeli innovation isn’t just about the technology scene. The creative Israeli mentality was celebrated on the