Thirty-year-old creative mind Liron Lavi Turkenich has set a worldwide language storm ablaze by creating Aravrit, a visual combination of the Hebrew and Arabic languages. Liron was inspired to merge the two ancient alphabets after noticing that she always ignored the Arabic language on the road signs in Haifa, the culturally mixed city where she grew up in Israel. She realized that many Israelis likely ignored what they were not familiar with, and so Aravrit was born as a way to allow the two languages to “live together,” says Liron. 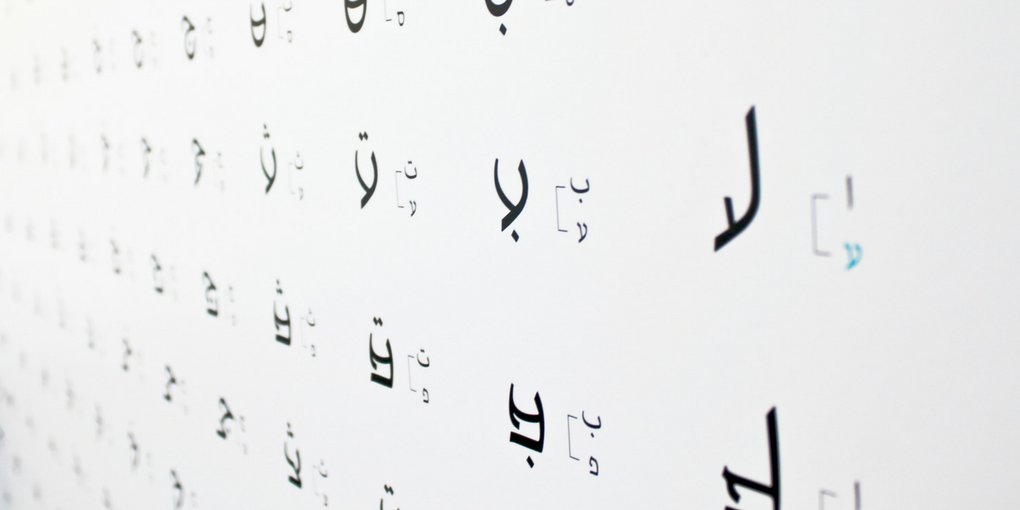 Liron tried to maintain the characteristic features of each letter; however, she states that “in both languages the fusion required some compromises to be made…and that one can read the language he or she chooses without ignoring the other one, which is always present.”

Liron’s new language is featured in the Museum of Islamic and Near Eastern Cultures in Beersheba. She has also received many requests to write Aravrit, and has been teaching and giving lectures about her work in Israel and around the world. In a place where communication is key, having a brand-new language that meets in the middle is a testament to Liron’s personal belief, that each language has an incredible history we cannot erase, but that we should only continue to build on them.

Eliezer Ben Yehuda, known as the icon who revived the Hebrew language, would be proud. His

Israelis in the sky