If you had to imagine a group of Israelis standing in line for over two hours, your experience would likely consist of one large clump of humans smashed as close as possible to the front of wherever they think they need to be.  Now add 50,000 excited concert goers to that plus alcohol, and you get a much rowdier mixture. 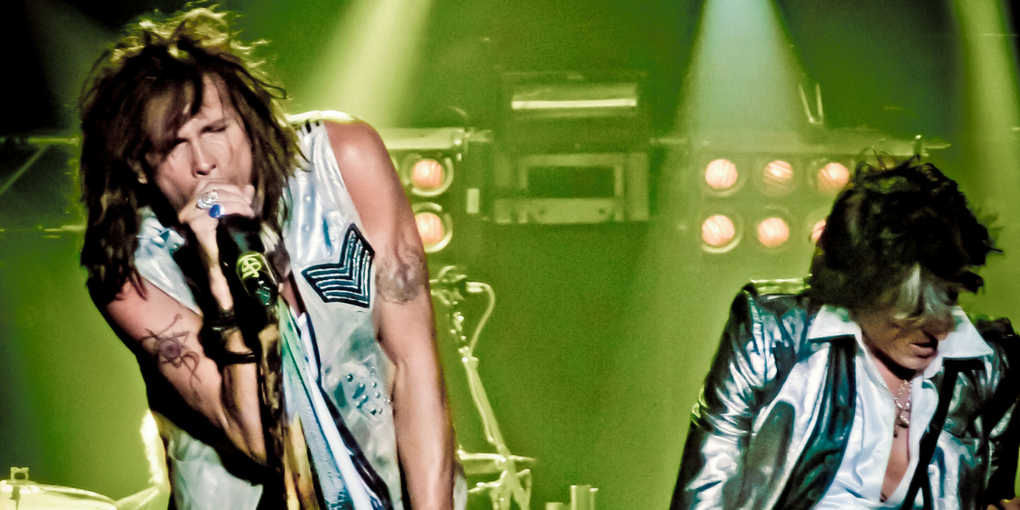 While we had claimed our spot in front of the speakers, citing free air, good dance space, and easy stage viewing, after only 30 minutes, what was once breathing space soon became shoulder to shoulder mayhem of Aerosmith fans. Even my two protective big brothers couldn’t protect me from the 50,000 people who had brushed their bodies against mine trying to get to a less crowded space which didn’t exist in the Hayarkon Park.

Despite the clenching tension caused by thousands of Israelis in a mass invasion of personal space, you could sense the excitement for Aerosmith, the legendary rock band who was kicking off their final world tour in Tel Aviv after 23 years of absence since their 1994 show on the same stage.

After a tense two hours waiting patiently for the stars of the May 17 show, Aerosmith arrived on stage, with a big wide-smiled welcome from the spectacular front man Steven Tyler, followed by his band mates lead guitarist Joe Perry, bass guitarist Tom Hamilton, drummer Joey Kramer, and guitarist Brad Whitford. Tyler kicked off the night with a screeching “Erev Tov” and continued to splatter Hebrew phrases throughout the whole show, including when he shouted that he was going to make Aliyah.

What had started off as a snarky crowd in need of claiming their own personal perfect view of the stage had become one large sing-(at-the-top-of-your-lungs)-along. Once the legendary band took the stage and let out classics like Cryin, Crazy and Janis Got a Gun, they also took the opportunity to display the exact reason they’ve been around for four decades.

Once tuned in the magical musical capabilities, including Tyler’s soul jarring harmonica, the audience was able to shake off any individual issues in order to not miss a thing. Because it was Aerosmith’s first stop on their final tour, there was a sense of respect the band had for each other and they made every strum count – despite the many technical issues, skewed song lyrics, and that moment I was actually worried for Steven Tyler’s health.

It got me thinking about the power of music, and at one point, I stopped singing at the top of my lungs to observe the happenings around me. Feeling the deep bass pump from the ground and the mesmerizing stage lights flash into the beautiful sky, I glanced at my big brothers, who were still singing at the top of their lungs, just like everyone else. What had been a pissed-off group of women to my left was now a lovingly swaying crew. The three rowdy 20-something boys who were moshing before the concert had begun were still jumping steadily into the air, but were holding one another tightly so as not to disturb the space of anyone else. There was a certain sense of flow in the air which inspired everyone to stop living on the edge – and get a grip.

Music is powerful. Fifty thousand people came in as individuals, and with just a few sound waves, became one crowd of 50,000 hearts filling with healthy release and sweet emotion, as the tunes drifted and the souls lifted thanks to this one epic experience, allowing us all to keep dreaming on.

What do the people want? This is the question that city management company Zencity, answers for any local authorities wanting … More

Just like flight simulation for pilots, doctors can now simulate surgery, thanks to a new technique developed by Israeli doctors … More