It started when a police officer said that “women should avoid dressing like sluts” to prevent them from being raped. Since that day in Canada in 2011, hundreds of thousands of women have rallied across the world in SlutWalks, a global movement calling for an end to rape culture and protecting women’s fundamental right of choice. 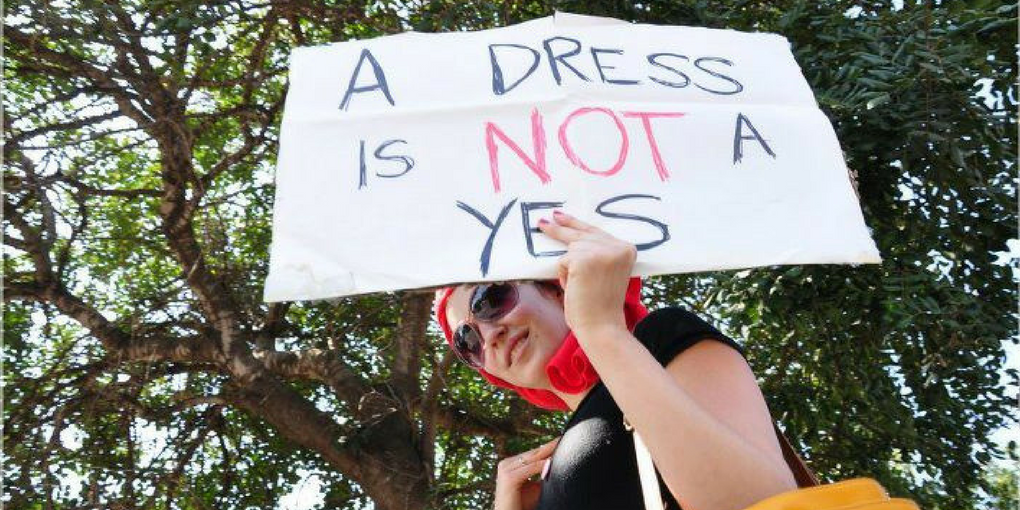 Women’s bodies are overly sexualized from a young age, and it has become systematically common for women to be blamed for the sexual crimes committed against them because of their wardrobe, instead of placing the blame on the behavior of the person,  typically a man, who committed the crime.

Apparently unbeknownst to the majority of men worldwide, including our “esteemed” public and political figures, a woman’s body is not public property, and in fact, belongs to her and her alone – no matter what she chooses to wear.

While this might seem like common sense for those with average levels of intelligence, what rings loudly are the sad statistics that 1 in 5 women across Israel and the United States have been raped, and almost all women have been sexually harassed in unwanted physical, mental and psychological terms. In the United Kingdom, the numbers are 1 in 4 women. What is more disturbing is that 90% of all rape cases in the United States are women, and at least one third of that group contemplate suicide, while basically all victims suffer from post-traumatic stress disorder.

While many men may argue that a short skirt or a hint of cleavage is a provocation, the SlutWalk movement is leading the way to protect and defend the rights of women’s bodies worldwide, and end victim blaming.

For the sixth consecutive year, over one thousand humans gathered on the Tel Aviv boardwalk to go on a SlutWalk. Most were dressed in bras or bathing suits to make a point. The main message was that no matter what a woman chooses to wear, it is not an invitation for sexual harassment, rape, or unwanted sexual activity of any kind.

One of the organizers, Bracha Barad, shared that another important message was to reclaim the word “slut,” and redefine the word as one of power. She says, “it doesn’t matter if I’m undressed or if I’m a slut. I’m allowed to say no, and if somebody disregards this no, then he is a sex offender and I am not at fault.”

Women across the world deal with unwanted sexual harassment on a moment to moment basis. Thanks to society, media and branding, society has brainwashed humans to believe that a woman’s body is an object, and dehumanizes the woman, the mind, and the heart that is attached to it. SlutWalks aim to change that, to reclaim a woman’s power and to spotlight the need for behavioral change – from men, from media, and to raise awareness and give strength to the women who may need to hear – it’s not your fault.

To learn more about the movement, visit here.

Women of all backgrounds are intersecting in all the right places, and have chosen to use